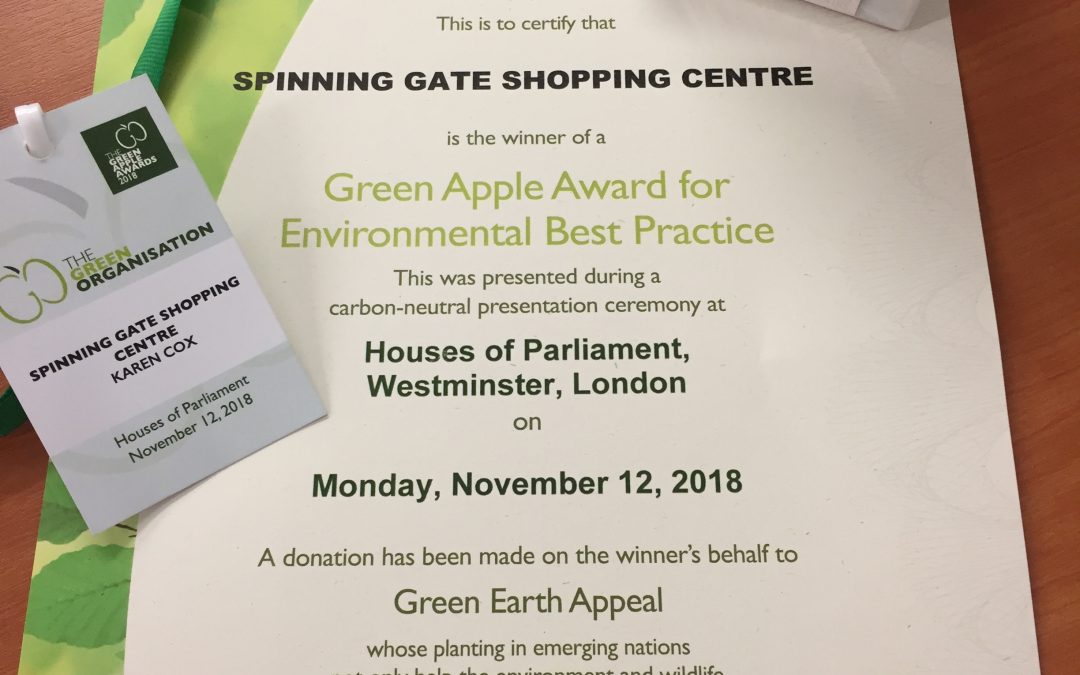 Spinning Gate Shopping Centre and their waste management provider B&M Waste Services Limited achieved a Green Apple award for Environmental Best Practise for their 2017 waste management achievements ensuring 100% of the waste produced from site was diverted from landfill and have just received confirmation that they have also received the same award for their achievements in 2018.

The award nomination for the 2018 Green Apple Environment Award required an award entry providing details of all the environmental successes achieved during the year. These included reducing the total volume of waste produced from site by 6% from 107,300kg waste produced in 2017 to 100,250kg in 2018. The volume of waste recycled was increased by 40% from 42kg in 2017 to 60kg in 2018. 100% of the waste processed from site was diverted from landfill. A unit refurbishment took place and 62 tonnes of rubble was removed from site and transported to a waste recycling centre and reused as hardcore. The centre reduced its energy consumption by 4% saving 5,442 units of electricity. During the year the centre implemented a number of environmental initiatives to help achieve the award, these included introducing a digital communications with its retail stores, rather than issuing in hard copy format, not only reducing printing costs but paper costs too. The centre sourced a recycling charity who collected used IT and electrical equipment from site. The centre also introduced a used postage stamp recycling scheme, inviting shoppers to drop off their used postage stamps, the centre then sends onto Kicks Count charity for recycling.

Spinning Gate Shopping Centre will attend an award ceremony in November at the Houses of Parliament, London to collect their 2nd prestigious award. 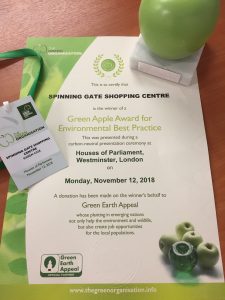